The Central Exurban Passenger Company (Central EPC) is a commuter train operator serving all passenger destinations within the Moscow Railway. It is the largest exurban passenger company of the 22 enterprises of this kind that exist in Russia.

Central EPC accounts for 90% of all commuter rail traffic within the Moscow Rail Hub, and for more than 60% nationwide.

At the outset of the project, the Central EPC used a ticket sales system that was designed and developed more than a decade ago and required an upgrade. The company was looking for a contractor that would be able to write new software for the ticket sales system, design and test new devices in cooperation with hardware vendors, as well as support the roll-out across the network of 1,440 stations served by the Central EPC. All this had to be done within two or three years. Software Product won the tender for this project.

The Central EPC’s ticketing system is integrated with more than 10 external systems, including information sharing with organisations tasked with paying out reimbursements for selling discounted tickets to users entitled to benefits (issuers of social benefit cards in Moscow and the Moscow Region: Moscow Social Registry and Traffic Safety Centre of the Moscow Region), transaction systems for Troika cards (Transport Transaction Processing Centre of the Moscow Metro) and Strelka cards (Single Transport Card), Mosgortrans, etc. Data on all ticket sales and validations are sent to the Data Processing Centre. The system relies on a broad range of solutions, including MS SQL and MongoDB for databases, Android for ticket inspectors’ terminals, Linux for ticket barriers, and Raspberry Pi for advance ticket sales terminals. The source code of the entire system exceeds one million lines.

The solution was tested on the Paveletskaya Line in 2017, and the roll-out across the network started in the end of the same year. By early 2018 the entire network switched to the new ticketing system. Software Product provides guarantee maintenance, and works with the customer to install further upgrades.

The Central EPC’s ticketing system has been expanded and now works for buses, as well as commuter trains. The company created a bus shuttle service linking remote residential neighbourhoods to Domodedovo and Pushkino rail stations. Further plans to develop the system include adding new services and enhancing the user experience. This could include expanding the range of travel cards accepted by several transport operators, or using mobile devices to buy tickets and validate travel cards at the ticket barrier.

Passengers use the system at the stations and in the trains, which includes ticket terminals, ticket barriers, ticket offices, ticket inspectors’ terminals and other devices, 12 kinds in total. Software Product staff wrote software for all these devices, while vendors and Central EPC’s contractors were tasked with delivering and installing them.

In addition, Software Product developed software for the data processing centre that includes 19 sub-systems and is based on the Central EPC’s infrastructure.

As a result, the ticketing system developed by Software Product is a geographically distributed complex solution for selling, validating and inspecting travel documents across the customer’s entire network, amounting to several million transactions per day. 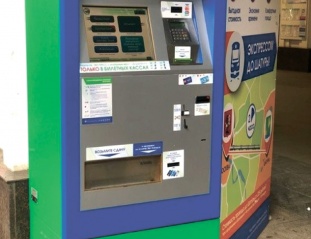 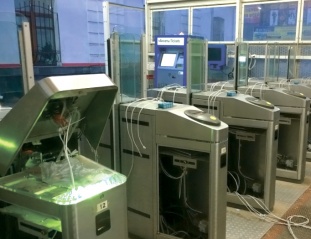 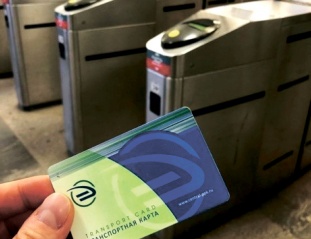