The Blood Centre is in charge of collecting, processing, storing, releasing and securing donor blood and its components. It is subordinate to the Federal Medical-Biological Agency.

As part of this project Software Product experts carried out a number of initiatives to set up the following components:

In addition, Software Product experts upgraded and improved the Automated Transfusion Medicine IT System taking into consideration the requirements set forth in Federal Law No. On Donation of Blood and its Components of 20 July 2012.

Software Product experts assigned to the project ensured uninterrupted operation of the Single Information Database and provided for the required support and updates of software and operational instructions.

More than 130 regional and federal healthcare institutions in charge of collecting, processing, storing and securing donated blood and its components are currently connected to the Single Information Database across the Russian Federation. The system includes more than 15,000 computers, with more than 400 servers and 4,000 APMs, serving 7,000 users. The database contains entries on more than 5 million donors and 20 million blood donations. 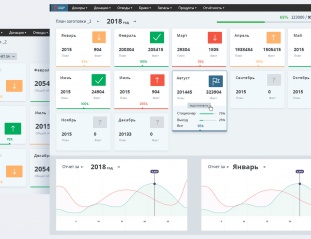